“The Library” lounge bar of the Courtyard by Marriott hotel in Tashkent hosted the first presentation of the English-language book by Uzbek writer Andrey Grodzinsky “In the Loyal Eyes of a Friend”. The presentation was dedicated to the memory of Queen Elizabeth II. The head of the British publishing house that published the book, Hertfordshire Press, Marat Akhmedzhanov, personally attended the presentation of the book having flown from London. Andrey Grodzinsky took the first place in the “Prose” category in the international contest Eurasian Creative Guild (London) «Open Eurasia – 2021» and won a grant thanks to which the book was published.

The premiere of the book by Andrey Grodzinsky, which many were looking forward to, took place on September 18, 2022, within the framework of the 14th Tashkent International Film Festival. This remarkable author’s work took first place in the “Prose” category and won the top prize, a $7,000 grant. Andrey took his chance to publish the book “In the Loyal Eyes of a Friend” (orig. “В преданных глазах друга”) in English by the British publishing house Hertfordshire Press, which has specialized in publishing books by Central Asian authors for over 10 years. The event was dedicated to the memory of Queen Elizabeth II. The news of the death of the queen has affected many in different parts of the world, because such a long and worthy rule of the country deserves respect and memory. 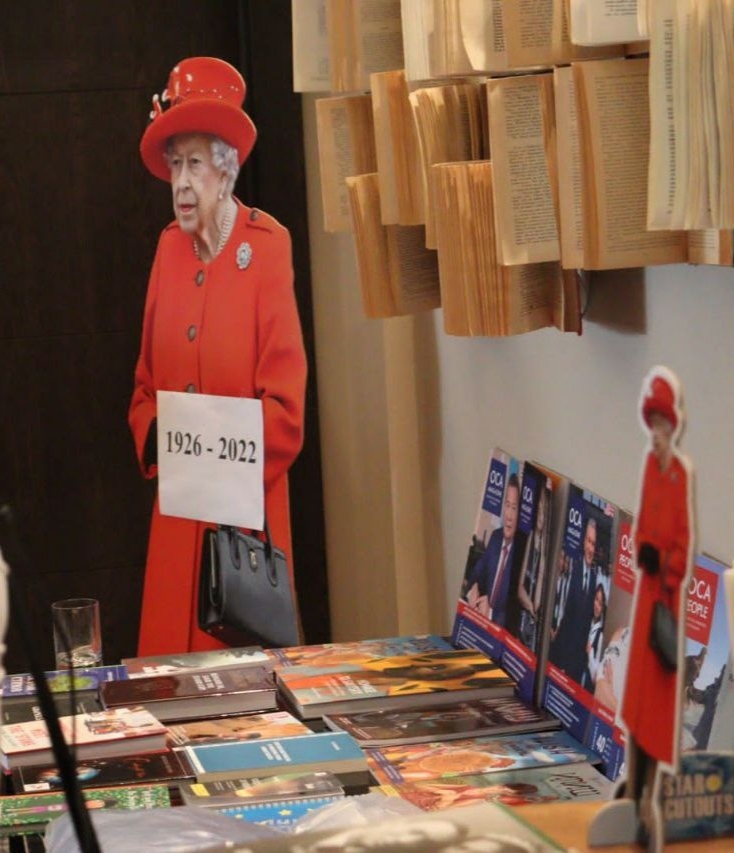 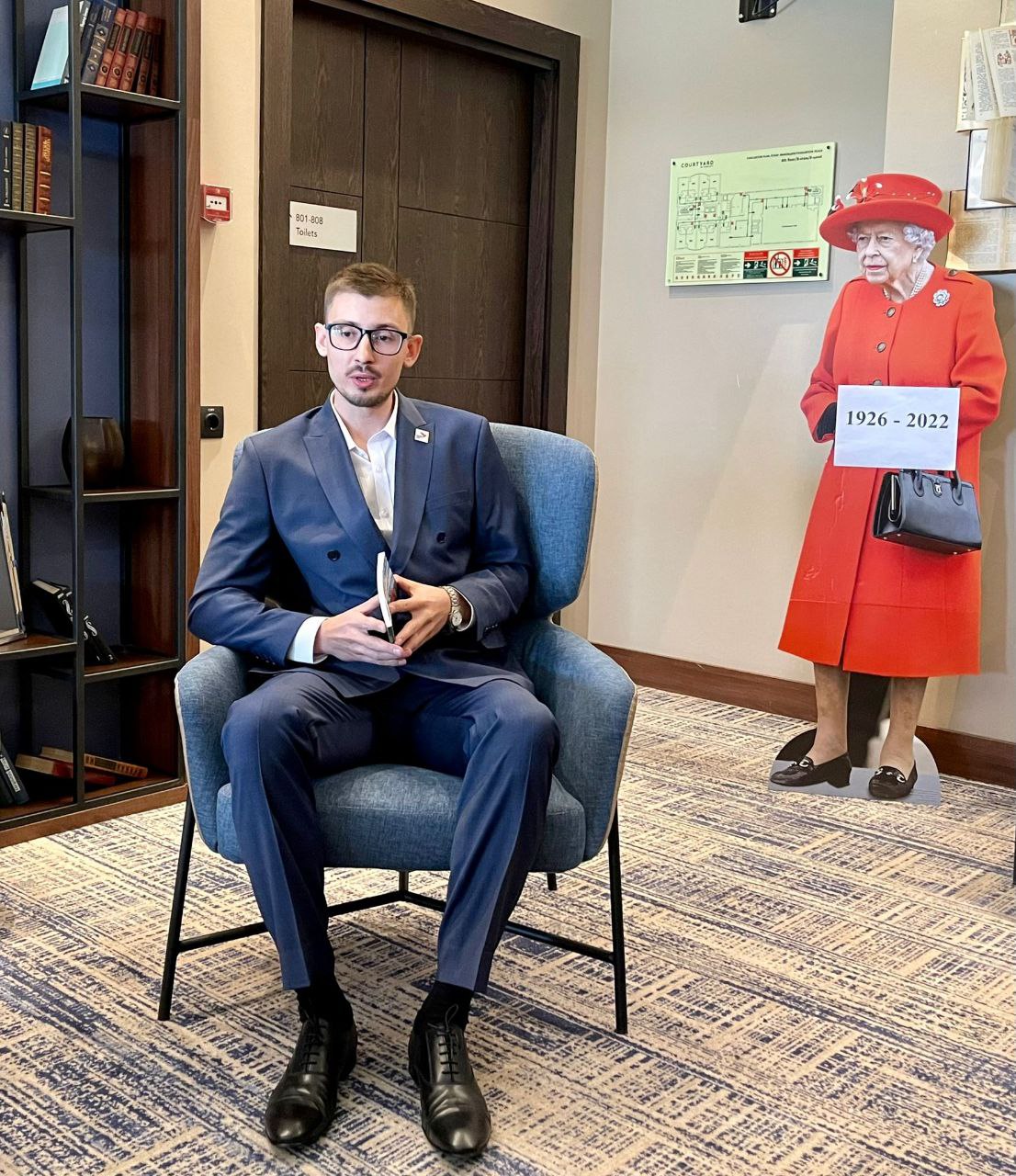 The book “In the Loyal Eyes of a Friend” is a reflection on loyalty and friendship between man and animal. Those we love the most hurt us the most, but at the same time, they are the only ones who can heal our wounded hearts. “Despite all the difficulties and sorrowful events of my life, winning the competition revived my fallen spirit: in May 2022 I finished my most significant novel so far” Andrey says about his book.

Authors from Uzbekistan take part in the “Open Eurasia” competition and festival in different categories every year, and for some, winning the competition becomes a springboard for creative activity. In 2021, the 10th anniversary Open Eurasian Literary Festival & Book Forum was held in Uzbekistan at the venues of Tashkent and Samarkand. It seems very symbolic that the first presentation of Andrey Grodzinsky’s book took place at the Courtyard by Marriott hotel in Tashkent. After all, it was there that the literary festival Open Eurasian Literary Festival & Book Forum was held last year, where Andrei received praise from the maestro of modern literature – Janusz Wisniewski (Poland). “This is an important festival, especially for a person who is not from Central Asia. I came here for the first time in my life from Poland, lived in Germany for many years. Great organization, amazing people! I met a lot of old friends here and met new people. It is interesting that there are people from Belarus, Russia, Kyrgyzstan, Kazakhstan, and we all communicate and understand each other,” said Janusz Wisniewski. 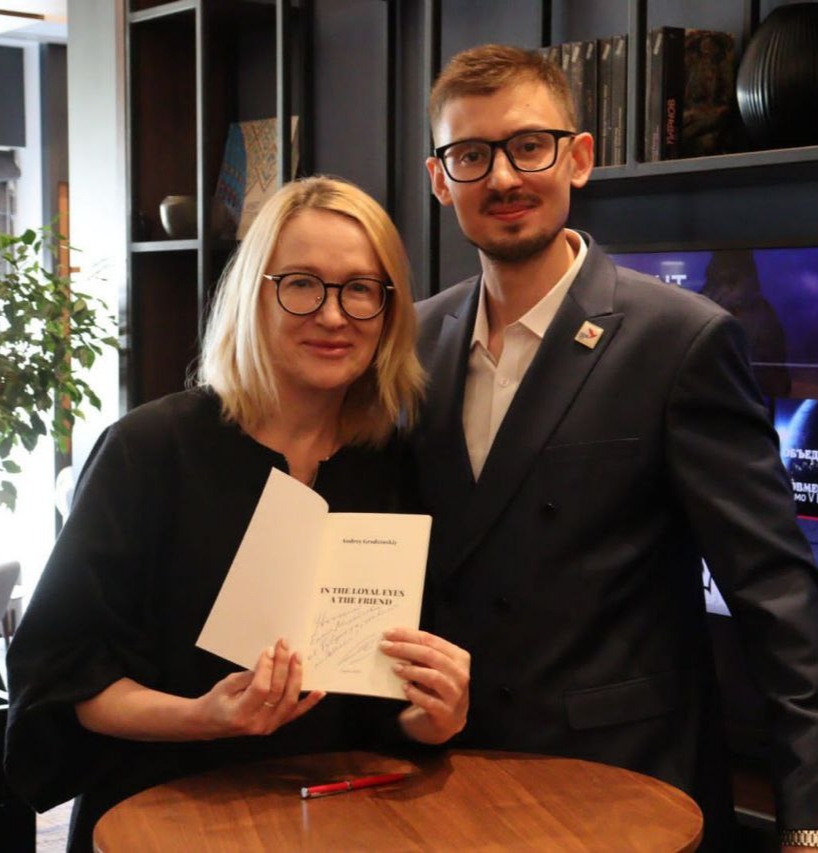 The guests of honor of the event were public and cultural figures of Uzbekistan and other countries – fashion designers, writers and journalists, directors and artists, as well as members of the Eurasian Creative Guild (London). Marat Akhmedzhanov, the head of the British delegation at the film festival and the publisher of Hertfordshire Press, and other participants of the film festival delivered a welcome speech: famous British producer and actress – Mamta Kaash, director from Tashkent, Boris Rakhimovich Babaev, graduate of the London Film Academy, Timur Akhmedzhanov, writer from Russia, Elena Soboleva. Zulhumar Kenjaeva also came to the meeting to support her colleague. She was solemnly presented with a certificate and a badge of a member of the Guild, as well as an issue of OCA Magazine, which featured an overview of the 2021 festival. New guild member Elena Makarova presented her children’s book to Andrei Grodzinsky in recognition of his success. 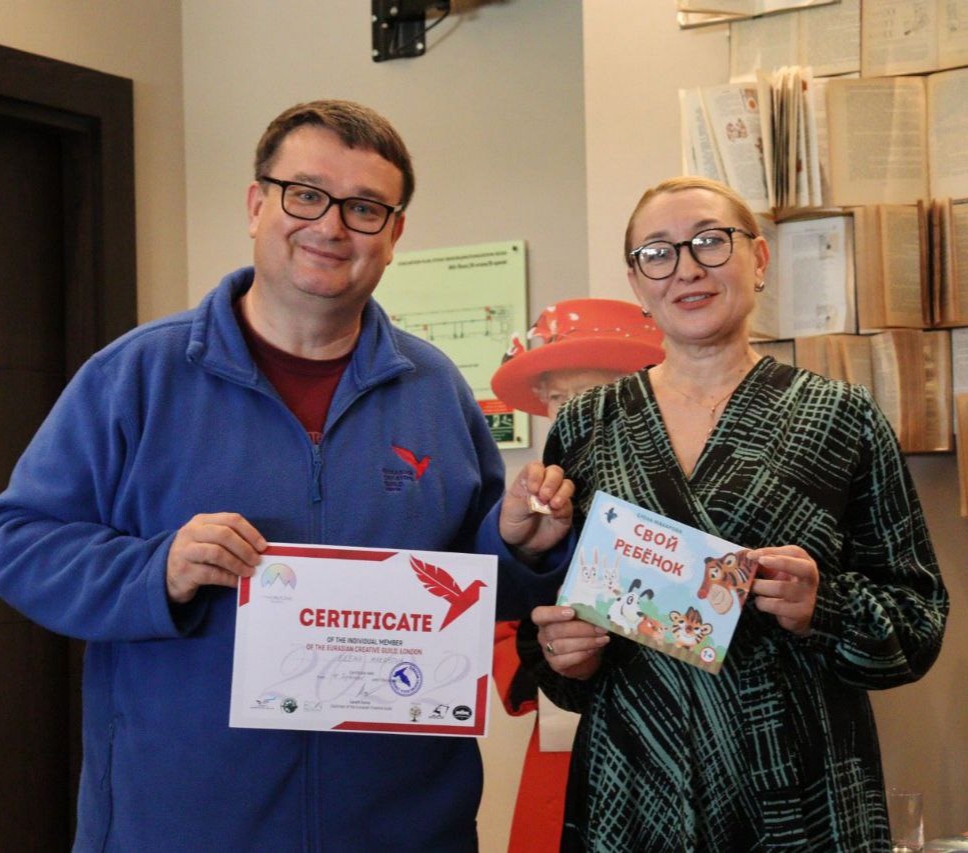